Stephen Rose was born in 1960 in Rochford, Essex. His early life was spent in Sevenoaks, Kent. He trained at Medway College of Art, then Cheltenham College of Art and Technology, towards his BA (Hons) and won a scholarship to attend the Royal Academy of Art to complete his R.A diploma. In 1992 he was elected a Brother of the Art Workers Guild.

Stephen has won numerous awards including: The British Institute Award, 1983, The Royal Overseas League International Painting competition, 1987, and the Gordon Hulston Memorial Prize, 2010. A prolific artist, Rose has exhibited here and abroad amongst many others, at the ICA, The Mall Galleries, Royal Society of Portrait Painters and at Sybilla Steadelmeyer Gallery, Berlin.

Stephen has undertaken numerous commissions and his work can be found in Europe, Scandinavia, Australia, USA and the UK. His book ‘How to Paint in Oils’ was published by Windsor and Newton. 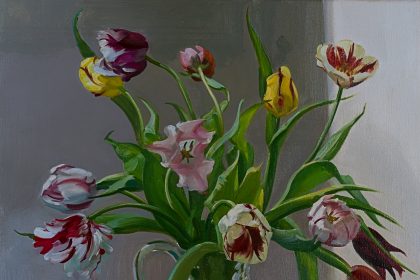 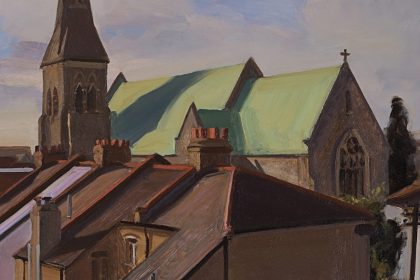